On my off day, i decided that i wanted to go visit Taman Negara National Park in Malaysia. Taman Negara is the oldest rainforest in the world, and also has the longest canopy walk in the world. There was a private tour you could go with that included transportation there and back, jungle trekking, the canopy tour, lunch at a floating restaurant, rapids ride, and a visit to an aborigine village. The tour was a bit on the pricey side, but figured i wasn’t sure when the next time i would have a chance to go to the jungle would be so went for it, and it was worth every penny. I tried to register for the the program by myself, but it is a limit of 2 people, so managed to convince my aussie bud ben to come with me, and was so glad he came!

Our driver, Hari, picked us up from the Federal hotel bright and early at 6am. After talking for a while Ben and i just passed out as it was so early in the morning.

We stopped to grab an absolutely delicious breakfast at a small local restaurant. The roti was unbelievable!

We both proceeded to pass out for the next 2 hours on the ride to the rainforest but the moments i was awake for the ride was beautiful. Apparently, our driver said he had tried to wake us up as there was a giant snake and a panther that had crossed the road in front of us which would have been cool to see

After our 3 hour+ drive, we finally arrived at Taman Negara national park! 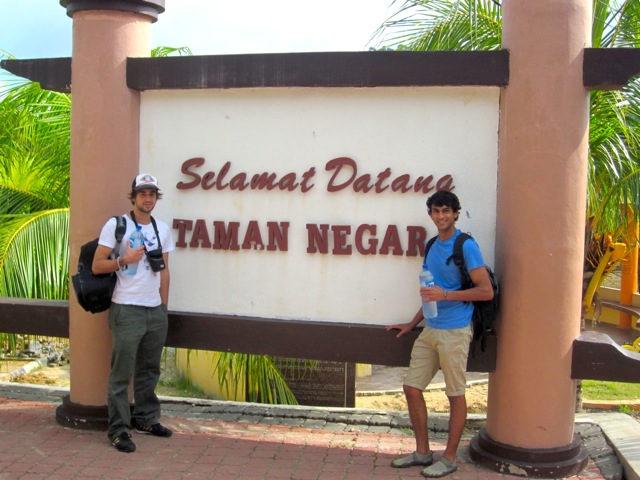 We met up with our cool tourguide, Zali, and hopped onto a boat and crossed the river to register for the park.

After registration, we hopped back into the boat and went down the river for a few minutes. We got off the boat, and hiked up about a million steep steps to get to the canopy tour! 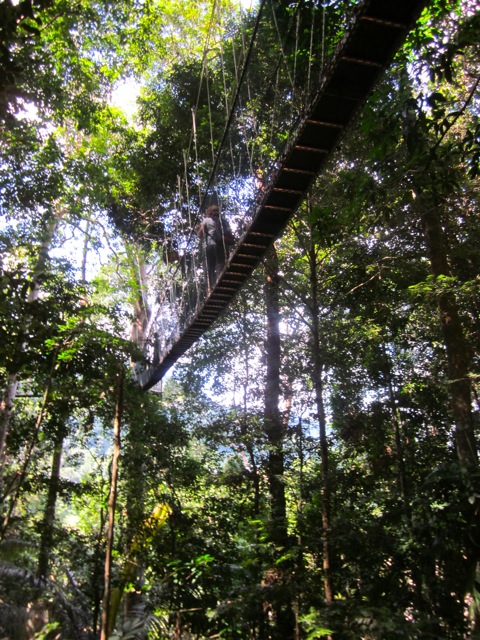 On the first walkway! The walkway was surprisingly narrow, and far more difficult to walk across than i imagined. It was basically one really thin board that you walked on, that kept turning back and forth causing you to fall left and right into the protective netting. Somewhat nerveracking at first, but only added to the excitement of the walk.

Following our canopy tour, we met up with Zali once more and began our jungle trek!

With ben at Good view spot #2…it was such a hike getting there. Literally a quarter mile straight up, and even though we were looking forward to the way down, that proved to be even more difficult due to the steep decline. I need to get back in shape haha

After the jungle trek, we took the boat back to the main area and grabbed lunch at a floating restaurant. I was starving so got a chili chicken dish, tom yam, and a mango smoothie joant.

Not what i was expecting when i ordered a mango smoothie! 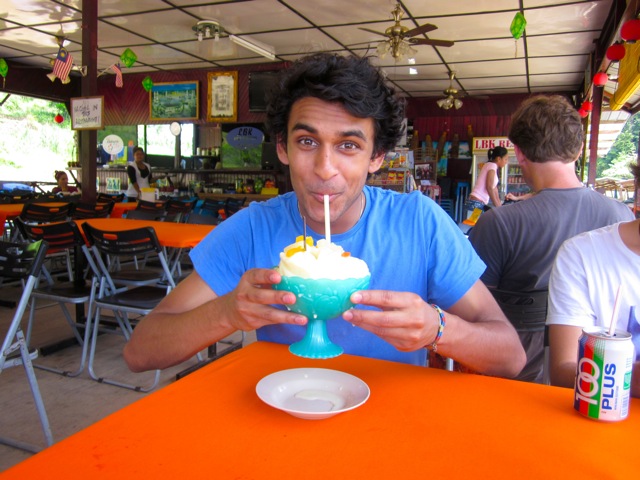 We walked up this sweet path to go change into our board shorts as we prepared for the rapids ride.

Hopped back in the boat, and ventured off through the rapids! Covered up our bags so that our stuff wouldn’t get wet, but the waterproof camera came in handy once again as i have some great vids form the rapids! There were about 4 total, and we all ended up getting soaked as the boat rocked back and forth and zali sprayed us with water

Off to the rapids! 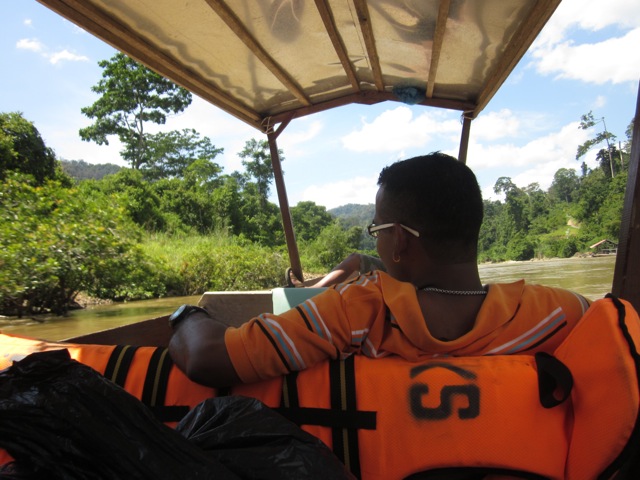 We drove past a smaller orang asli village and saw all the children walking around.

They were all playing in the water. When we drove past them on the way back, one of them was actually brushing their teeth in the water. Was amusing to see at the time, but now that i think about the color and cleanliness of the water makes me think.. 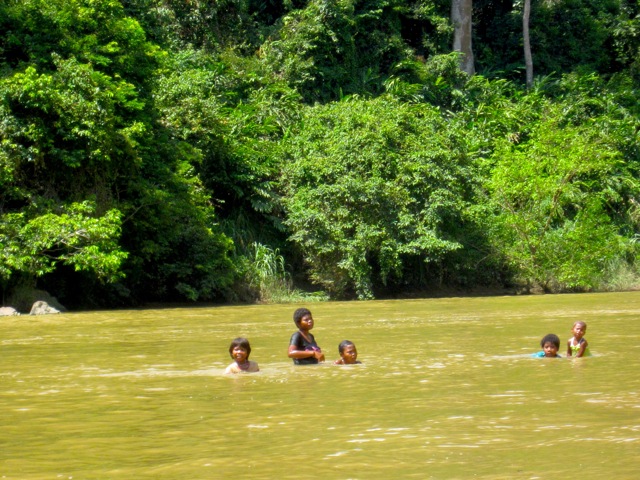 After the rapids adventure, we finally made it to the Orang Asli village! These people had lived in the jungle for hundreds of years, and recently embraced allowing people to come visit them as it was a source of income. More importantly, they finally began to understand what they could do with that money, which was buy things. As silly as it may sounds, beforehand they had received money but just had no idea what to do with it.

Momma with that tight fro and her kids

Convinced this cool dude named Zizam, who surprisingly spoke english, to let me check out his fresh pad

Man make fire. Was cool to see. Was even cooler when i actually made fire myself!

Although it’s hard to say, this was possibly the coolest thing i did all day. The villagers showed us how they made their poisonous blow darts that they used to hunt wild animals. They would put the darts into a blowgun, and blow really hard and shoot it at their prey.
They amusingly set up a teddy bear as a target, and we were all allowed to try out shooting the blow darts! I was surprisingly decent at it, knew my trombone playing days form 3rd – 8th grade would come in handy at some point haha.

Just had to take a picture of this guy because he was such a clown. His name was Fabio, and was the most stereotypical, fat, singing, slightly dumb italian that you could think of. Can’t quite put him into words, but he was almost like a ridiculous cartoon character haha

Before we left, i was still enamored by the blow darts so half-jokingly i asked if we were allowed to buy them. Turns out that we were! They had made smaller versions of the blowdarts, and so ben and i picked a pair of them up, and a bunch of others followed our lead.
We attempted to shoot them when we got back to the hotel, and they worked like a charm. Gonna be such a great party accessory, and can’t wait to shoot darts at freshman trying to come into our house haha 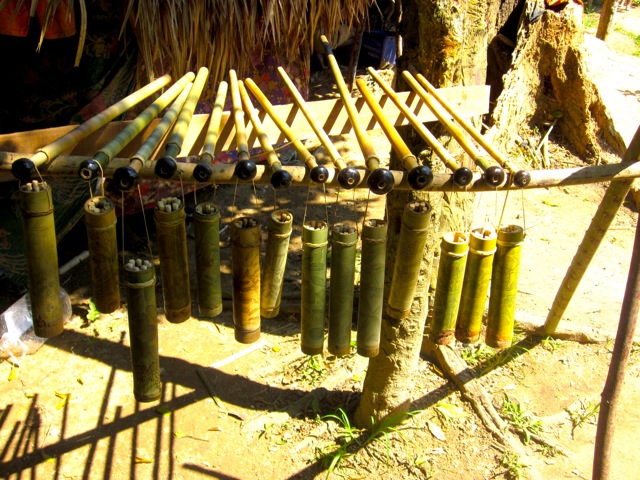 The gang! There is only one thing wrong with this picture..

All in all, it was an adventure packed, fun filled day and felt like i really made the most of my day off. Malaysia was awesome, and when you go visit, definitely add this to your list of places to go!