Super behind once more on updating the blogg, but this posts about our weekend trip to Extremadura a couple weeks back! We just got back from Barcelona last night, which was incredible, so will be sure to get to that at some point soon.

Mike made another awesome video about the trip that’s only around 5 minutes, so if you have some time would highly recommend checking it out.

This past weekend we all went on our last excursion with API to a sweet region of Spain called Extremadura. We woke up real early on Friday morning extremely exhausted and somewhat inebriated from the shenanigans that took place the night before at Abril. After throwing a handful of clothes into a bag we headed off for the bus stop. We met up with the rest of the program there and headed off to the town of Guadalupe. It was about a 3-hour ride, and we were fortunate enough to have perfect weather all weekend. When we got there, we went to check out the Roman ruins in the city, which were amazing! 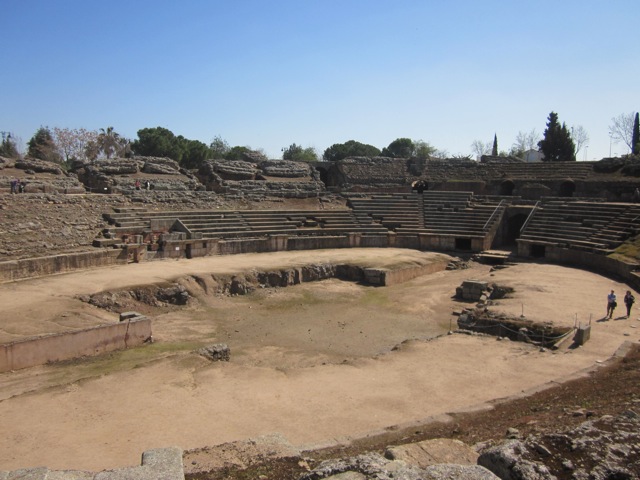 We had a sweet 3 person room with what must have been 25 foot ceilings that Sean, Mike and I shared for the night. We also got an interesting free dinner at the monastery, which included a soup that we were convinced was a strange combination of breakfast foods in a broth.

After dinner we all met up in this sweet loft area, which you had to take a spiral staircase to get to for some pre-gaming before heading out. We played this awesome interactive drinking game, in which you count in a circle to 21, and everytime you get to 21 someone makes a rule for each of the 21 numbers. Took a second to get the hang of, but was a lot of fun and we had some absolutely ridiculous rules haha

We had heard from the group who went on the trip the weekend before that there was a sweet karaoke bar in the relatively quite city, so we decided to check it out. 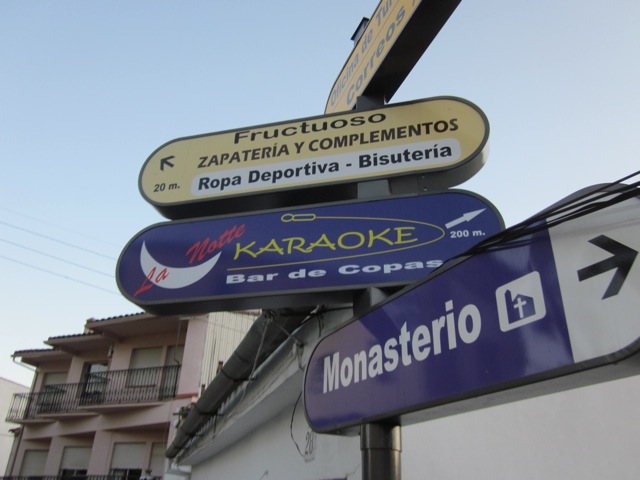 Turned out to be a great decision as the karaoke bar was a blast, and API basically took it over. Not sure quite how it happened, but I started dancing with this older woman and we started breaking it down! After a couple minutes, I guess others seemed to take notice and next thing I know her and I are in the middle of a giant circle of people cheering us on. We ended up dancing for a full 3-minute song, and were breaking out some pretty epic dance moves so really enjoyed that.

Awesome dance partner for the night! 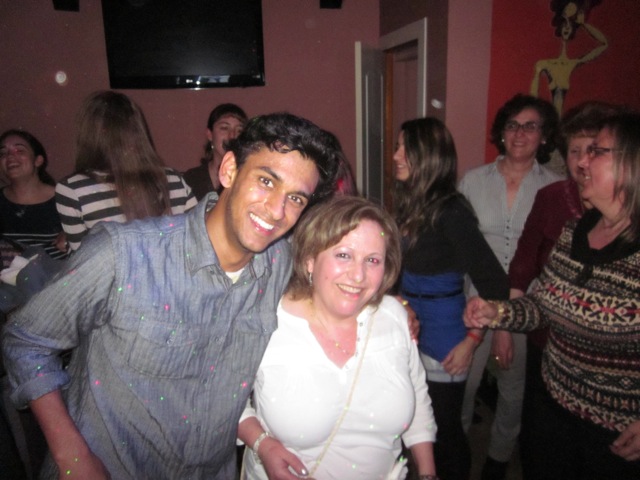 That wasn’t the end of our elderly women exploits, as Scott, Ollie, and I attempted to pick up these three 60+ women at the same time, and all got rejected which was pretty funny. Everyone was dancing all night, and naturally we all went wild when Waka Waka came on. The whole night we were making friends with the random old people who seemed to be the regulars from the city, and we even saw a baby at 2:30 am at the bar…gotta love Spain haha. 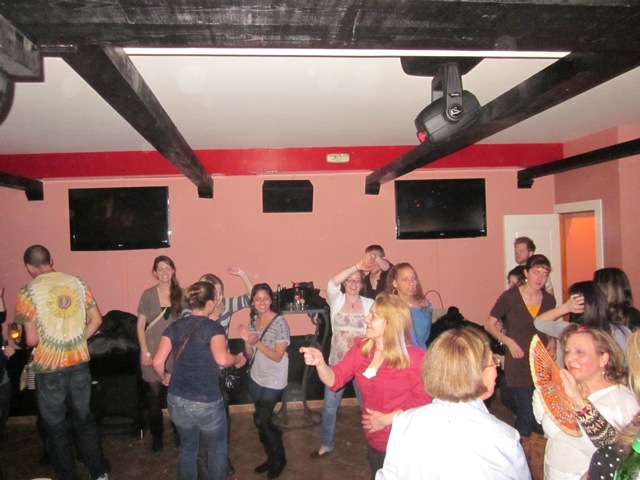 Then the karaoke started and things got crazy. Naturally, Sean grabbed the mic and started belting out Let it Be and was melting hearts throughout the room. The highlight of his song was definitely him finishing the song and just going “America, America…America,” and then facing his beer haha. After breaking it down to the backstreet boys and some random tunes for the rest of the evening we all headed back to our monastery to call it a night. 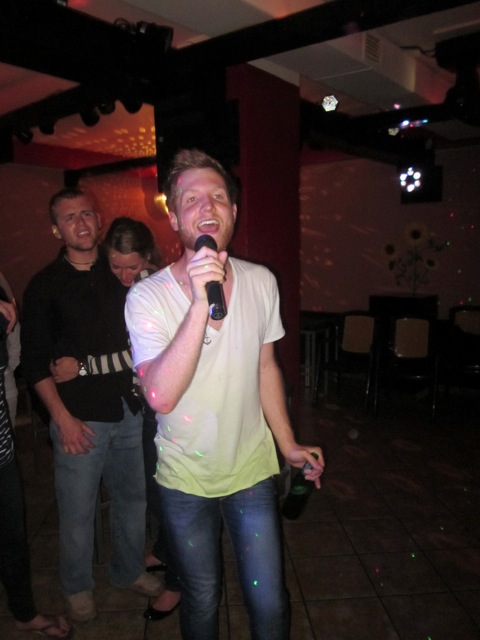 The next morning we all grabbed breakfast at the monastery, and embarked on our super sweet 10 mile hike! The hike was amazing, and we saw some incredible views. At one point, we got to a pretty big river and Ellis decided it would be a good idea to jump in the river. He hopped in, and I followed afterwards and the water was absolutely freezing! Around 10 of us total hopped in the freezing water and it made for a fun, memorable experience on our long, hot hike.

After the hike, we all went to this sweet 4-star hotel in a small town called Trujillo. The hotel was really nice, and again Sean, Mike and I were sharing rooms. The rooms on our wings had balconies, and from the balconies you could climb onto the roof so we all had some fun with that. Also, had a pretty solid view of the city from the balconies, and saw a bunch of storks randomly hanging out on the bell towers of a couple buildings.

After grabbing some Chinese food for dinner, we came back to the hotel and chilled with API amigos for the rest of the night. Allison and Kara somehow managed to get the Inca Suite, which was basically this huge suite for the two of them in the hotel, so we proceeded to all spend the night in there and had some drinks and sophisticated, and at times not so sophisticated conversations before passing out.

The next morning, we went to check out an amazing Castle in Trujillo that was within walking distance from our hotel. Once we climbed to the top of the castle, we had some absolutely incredible views of the city.

Kings of the rock

After the castle, we packed our bags and headed back home to sunny Sevilla. All in all it was an awesome weekend trip, and once more API hooked it up with a sweet excursion.

More to come soon on the visits of the Shepards & teuila Rogers/ our barcelona trip!

One thought on “Extremadura”