New Delhi!
Hey! Hope everyone had a wonderful new years, and here’s to hoping that 2011 will be a terrific year. I have been trying to update the blog for a couple days now, but we’ve just been so busy that I haven’t had any time, and in Patna we didn’t have any internet connection so wasn’t really been able to put anything up. As such, this is going to be a relatively long post about pretty much everything we’ve done so far in Delhi so apologies in advance. Also, I’ve taken an unnecessary amount of photos of just about everything I’ve seen, so as soon as I get a solid Internet connection I’ll be sure to put them up!

We arrived to Delhi early in the morning around 10:30am and were picked up by Groovy Uncle and his driver. The weather was great, probably around 60, and compared to the freezing weather we’d been dealing with in DC we loved it. It’s amusing how cold everyone in India thinks it is right now, as they are used to dealing with 100-degree temperatures for a majority of the year.

I experienced culture shock sooner than I expected, as it began about the second we got into the car. Driving in India, and New Delhi in particular is like nothing in the world and may very well be the craziest, scariest, most exhilarating thing I have ever experienced…and I was just a passenger. It’s hard to visualize, but I’ll do my best to paint a picture of the jungle better known as India’s roads. It is basically a race, with no rules, no lanes, honking gets you points, red lights aren’t that important, and drivers have no cares in the world. For example, a traditional 2-lane road in the US would become a 4-lane road, with about an inch of space between each car. People on bikes and scooters literally weave through traffic into the smallest spaces, cars will cut you off at every possible opportunity; and when coming off exit ramps, instead of yielding to other cars people just fly into traffic and hope for the best. Pedestrians most definitely do not have right of way (get out of the way or get hit) a lesson I learned the hard way after nearly getting hit multiple times on my first couple days. If a car hits you, the driver will is more likely yell at you for bleeding on their vehicle, than asking if you’re ok. It’s safe to say that if you can drive in India you can drive anywhere in the world. Every 30 seconds you feel like you’re going to be in a terrible car accident, and it seems as though hundreds of collisions are inevitable all round you. The craziest part of all is that despite the madness on the roads, it somehow works. If there is such a thing as controlled chaos, New Delhi’s roads are it. 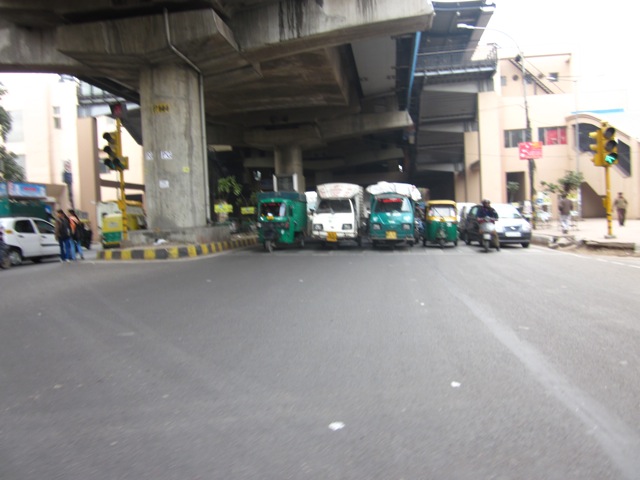 Right away, you notice that there are stray dogs littered all over the street in Delhi and India. They are but many are malnourished or diseased, and it is really sad to see them scrounging and sniffing through trash to find a bite to eat. Every time I see dogs I can’t help but thinking of Romeo, missing him a bunch already.

With that said, the dogs aren’t the only ones scrounging through trash for food, as there are copious amounts of poor people, including children, who are always out on the street begging for money and food. The level of poverty, and pure volume of people is astonishing. This adorable little kid was pressing his face against our car window begging for money, and although my aunt said not to give him anything, after a while I just couldn’t say no so I gave him 10 rupees. To my surprise and dissapointment, after I gave it to him he stared at me with a disgusted look and began asking for more money, while my aunt just laughed and said I told you so. Although your first reflex is to give them money, you realize that there are literally millions of people asking you for money, you don’t know where the money goes, and that they are targeting you because you’re a tourist so it’s a shitty situation. 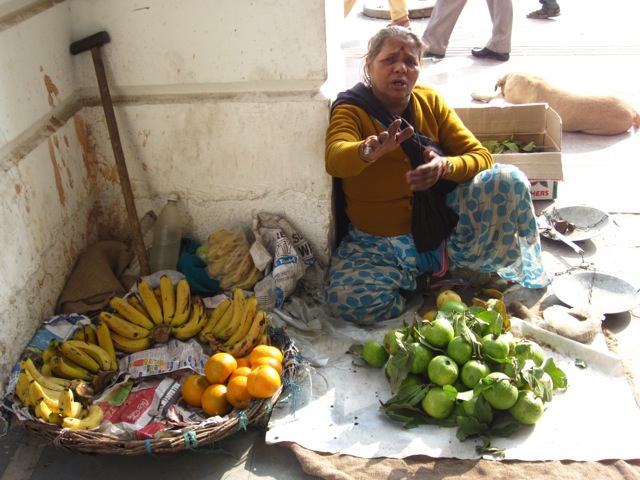 The first day in Delhi, we got settled in at Groovy Uncles and I went to check out the market down the road. I made friends with some nice old dude who helped me with directions, and the second I told him I was from America, he excitedly began and wouldn’t stop talking about how his son was working in America too. When I got back to the house, we went to the Sangeet at night, which is an event leading up to the event. At sangeets, the bride’s side of the family spends the entire evening singing songs for the bride, drinking and dancing the night away. Even though I didn’t really know anyone, after a couple rum and cokes, a bunch of kabobs, and some dank dinner I ended up enjoying the performances and experience.

The next day, after another delicious breakfast the maid shanti had cooked (Most people have maids, servants, and drivers), we spent the entire day driving around and taking care of some of dads errands. Lalta masi, (my awesome aunt thats the friendliest little old lady) and her husband, Pali Ji, drove us around the city. While driving around, it was thoroughly entertaining watching grown men use the citys walls as their personal toilets in broad daylight as if it was no big deal. We drove to the market, about a million banks, and then to the court system, which was unlike anything I had ever seen. We needed to get a legal document created and notarized, so we went into this strange little outdoor court area that reminded me of Diagon Alley from Harry Potter. We had this gentleman help us, and he started typing up my document using a typewriter (Yes, a typewriter) and then had his friend notarize it. While walking around the maze of streets and corridors in the outdoor court area, I saw a beautiful peacock flying from one roof to another. Afterwards, we went to visit my uncle and his family. For our evening lunch, we went to a street vendor and had the most delicious idli and dosa sambar which cost us what equated to less than a dollar for a full meal.

On a side note, I forgot to mention that we have been eating a disgusting amount of delicious food daily. We have been having something like 5 giant meals a day, as In indian culture whenever guests come to the house, you don’t let them leave without eating. I also started drinking tea for the first time, and actually kind of like it. Here’s to hoping I don’t begin drinking 5 cups a day like the rest of the country.

In the evening, we went to the wedding ceremony and reception, which was taking place at the Meridian hotel. The ceremony was neat, and the reception hall was really nice, but just like the sangeet I didn’t really know anyone there. After aimlessly wandering for a while, figured I should head over the bar to grab a drink. I decided to order a mango juice vodka drink, which turned out not too tasty, as it was ¾ vodka ¼ juice. Later on, I ended up having one of the funnier introductions to a person I’ve ever had. My dad pulled me over, and as he had been throughout the night, he said “I would like you to meet my son”. To my surprise, his friend shouts for his children, who were about my age, to come over and says “Look, this is Romeo’s Brother!”. At that point, I was extremely confused, but there was a great story to go along with the less than usual introduction. Apparently, this uncle had come to the US to visit dad, and when he came to visit he hated dogs and wanted nothing to do with them; but after meeting Romeo (my dog) he became so fond of dogs that he completely reversed his position and actually ended up getting a dog for his house immediately upon returning to India. His kids and I met through that unusual introduction, hit it off immediately, and ended up hanging out together for the rest of the evening. Moral of the story: Romeo is the man.

The next day we finally met up with my good buddy, Osker, and his parents who were also visiting India from the states. We all went to India Gate for a little and then had a really nice lunch together in Connaught place. That night it was New Years Eve, and after a strange series of events all of us ended up at a restaurant called Spice Market. Although it wasn’t quite the crazy party Oz and I were expecting, we all had a good time and rang in the new year with some tasty mojitos and margaritas.

The next day, we returned to Connaught place and used the new metro system to get there. It was actually extremely modern, efficient and clean, but as would be expected it was really crowded. After riding the metro, you realize how incredibly impatient Indians are, and that in indian culture there is really no sense of personal space. Once we got there, we had lunch at a great Chinese restaurant named Zen. Indian Chinese food is terrific, and definitely better than what you find in the states, and I couldn’t get enough of the Chili Garlic Noodles.

Connaught place is full of an obnoxious amount of beggars who will follow you around asking for money. This was especially pronounced with Osker’s dad, Dave Uncle, because he happens to be white and over 6’ tall. In india, where he is surrounded by 5’ 7 brown people, you can imagine that he tends to stand out. After tiring of the incessant begging, nagging, and tourist profiling he had experienced all day, dave uncle and I decided to mess with the beggars. He sat on the floor and then just started shouting nonsense and making all sorts of funny noises as soon as beggars approached him, and he had me tell them “Ye Pagal Hai” which translates to he’s crazy. The beggars reactions and the whole situation was hilarious, and definitely one of the highlights of our day.

That night, we went to my moms good friend Poonam Aunties house to catch up. Got to see Ashish and Arushi after a bunch of years, and we all caught up which was a good time. We had an early flight to catch to Patna the next day, so we ended up calling it a night pretty early.